Many medical devices, ranging from artificial hip joints to dentures and catheters, become sites for unwelcome guests -- complex communities of microbial pathogens called biofilms that are resistant to the human immune system and antibiotics, thus proving a serious threat to human health. However, researchers may have a new way of looking at biofilms, thanks to a study conducted by University of Iowa biologist David Soll and his colleagues published in the Aug. 2 issue of the journal PLoS Biology.

Previously, researchers believed that each pathogen formed one kind of biofilm, but Soll and his colleagues have discovered that the pernicious fungal pathogen Candida albicans makes two kinds of biofilms, a traditional pathogenic one, and a second sexual one. This discovery provides new and profound insights into developing new therapies that target pathogenic biofilms for disruption.

Soll and his colleagues showed for the first time that the majority -- about 90 precent -- of cells colonizing humans make a pathogenic biofilm that cannot be penetrated by antifungal agents, antibodies or white blood cells. These majority cells are sexually incompetent. But a minority -- about 10 percent -- of cells, which are sexually competent, form highly permeable and penetrable biofilms, which Soll and his colleagues have shown act as a supportive environment for mating.

They demonstrate that although the pathogenic and sexual biofilms appear macroscopically similar, they are regulated by entirely different signaling pathways.

"Having two outwardly similar, but functionally different, biofilms provides us with one means of finding out what makes the pathogenic biofilm resistant to all challenges, and the sexual biofilm nonresistant," Soll says. "Whatever that difference is will represent a major target for future drug discovery." 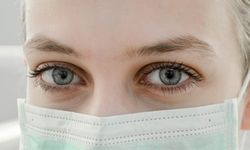 Short on Infection Preventionists? Call Some Out of Retirement