The pervasive, often inappropriate, use of antibiotics in healthcare settings has been identified as a major public health threat due to the resultant widespread emergence of antibiotic resistant bacteria. In nursing homes (NH), as many as two-thirds of residents receive antibiotics each year and up to 75% of these are estimated to be inappropriate. The objective of this study by Pulia, et al. (2018) was to characterize antibiotic therapy for NH residents and compare appropriateness based on setting of prescription initiation.

This was a retrospective, cross-sectional multi-center study that occurred in five NHs in southern Wisconsin between January 2013 and September 2014. All NH residents with an antibiotic prescribing events for suspected lower respiratory tract infections (LRTI), skin and soft tissue infections (SSTI), and urinary tract infections (UTI), initiated in-facility, from an emergency department (ED), or an outpatient clinic were included in this sample. The researchers assessed appropriateness of antibiotic prescribing using the Loeb criteria based on documentation available in the NH medical record or transfer documents. They compared appropriateness by setting and infection type using the Chi-square test and estimated associations of demographic and clinical variables with inappropriate antibiotic prescribing using logistic regression.

The researchers conclude that antibiotics initiated out-of-facility for NH residents constitute a small but not trivial percent of all prescriptions and inappropriate use was high in these settings. Further research is needed to characterize antibiotic prescribing patterns for patients managed in these settings as this likely represents an important, yet under recognized, area of consideration in attempts to improve antibiotic stewardship in NHs. 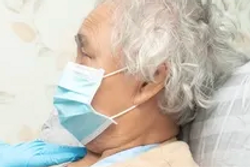