Even assuming that up to 75% of people testing positive wouldn’t follow isolation guidance, the tests would greatly curtail infection, hospitalization, and death, argue investigators. The cost to the health care system would be worth it, investigators say.

Any national strategy to contain SARS-CoV-2, the virus that fuels the coronavirus disease 2019 (COVID-19) pandemic, should include antigen-based at-home testing even if that testing is less than perfect, and even if many people who obtain the tests decide not to go through with them. Such at-home testing would greatly reduce hospitalizations and deaths, from COVID-19, according to a study in the Annals of Internal Medicine. That at-home testing is less than perfect has been a lynchpin, with critics saying that there’d be too many false negatives and there’s no guarantee that people would take the tests. But investigators—A. David Paltiel, PhD, of Yale School of Public Health; and Amy Zheng, BA, and Paul E. Sax, MD, both of Harvard Medical School—crunched the numbers and came to a different conclusion.

“High-frequency home testing for SARS-CoV-2 with an inexpensive, imperfect test could contribute to pandemic control at justifiable cost and warrants consideration as part of a national containment strategy,” the study states.

Using a traditional susceptible-exposed-infected-recovered compartmental epidemic modeling framework that they said represents those people most likely to transmit the virus in the U.S. population, they computed what would happen if at-home testing were used, acknowledging that for a proportion of the population, the tests will show negative for people who are in fact positive for COVID-19. But even factoring that in, the results place at-home testing in a positive light—with results that investigators describe as “staggering in their magnitude.”

Their conclusions apparently reached the ears of federal health care experts because it is featured on the COVID-19 Science Update website maintained by the Centers for Disease Control and Prevention (CDC).

Investigators tinkered a bit with the model methodology, splitting the infected compartment into 4 subgroups: asymptomatic, mild/moderate, severe, and critical.

Investigators tried to account for the unpredictability of persons’ behavior, and purposely made what they described as highly pessimistic assumptions about how those who take the tests might react to the findings.

They state that they “assumed that even among the minority who did perform the test, a large proportion (50% in the base case; 75% in the worst case) would elect to ignore a positive test finding and refuse to self-isolate. This means that in the worst case, only 6.25% (25% of 25%) of persons would be assumed to adhere to the recommended testing and isolation protocols. Finally, we assumed that even among that small proportion of persons who might elect to self-isolate, 20% each day would abandon isolation and return to the active population, against recommended guidance.”

Paltiel, Zheng, and Sax, argue that they have included almost every possible reason why the at-home COVID-19 tests should not make a difference—and yet conclude that those tests would in fact make a huge difference. They urge readers to focus less on the numbers and more on their conclusion that a nationwide rollout of at-home tests would make sense.

“Our bottom-line message is: Do not let the perfect be the enemy of the good; even a highly imperfect home-based testing program could confer enormous benefit.” 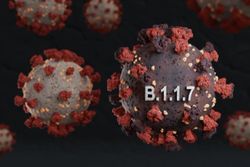