Although not much has been disclosed about Omicrom so far, its appearance made the WHO label it a variant of concern and caused a cascade of travel restrictions around the world.

A newly discovered variant of COVID-19 contains as many as 30 mutations and some scientists worry that that variant—B.1.1.529, also called Omicrom, after the 15th letter in the Greet alphabet—might be able to evade antibodies produced by previous infection or vaccines. In other words it could be—could be—the so-called “monster variant” that keeps medical experts up at night.

As scientists around the world scramble to get a handle on Omicrom—there’s really not that much data on it, yet—the actions of countries seem to indicate that the variant represents a serious health threat, and a possible new tragic chapter in the COVID-19 saga.

Kevin Kavanagh, MD, a member of Infection Control Today®’s Editorial Advisory Board, says that “although there is scant data being shared with the public to draw definitive conclusions, the swift actions taken by governments throughout the world indicate an extremely high level of concern.”

Those actions include issuing travel bans from other countries. The United States has banned travel from South Africa (where Omicrom was first spotted), Botswana, Zimbabwe, Namibia, Lesotho, Eswatini, Mozambique and Malawi, as CNN reports. The action is being taken on the advice of Anthony Fauci, MD, the chief medical advisor to the White House.

Meanwhile, the World Health Organization (WHO) has already labeled Omicrom a variant of concern (VOC), which might be the fastest a COVID-19 variant has reached that threat level since being first discovered and labeled, says Kavanagh.

Scientists with South Africa’s National Institute for Communicable Diseases (NICD) sounded the alarm on Monday about B.1.1.529 and yesterday posted a fact sheet on the variant.

“This lineage possesses a high number of mutations previously seen in other SARS-CoV-2 variants of interest (VOI) or variants of concern (VOC) but also other mutations which are novel,” says the NICD. “One of these changes can be detected through standard diagnostic tests that target the S gene, which allows detection of this lineage in South Africa without sequencing data.”

The NICD states that Omicrom shares some similarities with the Alpha and Delta variants, but there are elements to it that make it “distinctively different” than any other variant of COVID-19 so far. Currently, B.1.1.529 doesn’t seem to cause different symptoms among infected individuals and, as with other variants, people who are asymptomatic can spread the disease.

But, again, so far little is known. The NICD states that “we are being cautious about the implications, while we gather more data to understand this lineage.”

In addition, the NICD says that “work is already under way to look at the immune escape potential of B.1.1.529 in the laboratory setting. We are also establishing a real time system to monitor hospitalization and outcome associated with B.1.1.529. Based on our understanding of the mutations in this lineage, partial immune escape is likely, but it is likely that vaccines will still offer high levels of protection against hospitalization and death.”

Kavanagh says that while scientists strive to find out more about Omicrom, “initial reports are that it is more transmissible, possibly more lethal and is highly mutated having a plethora of different immunity escape mechanisms.”

Kavanagh also points to the reaction to the variant by the WHO, the US, and other nations.

“It is evident by actions, that world governments have grave concerns,” says Kavanagh. “The World Health Organization has just classified this variant as a ‘variant of concern’, only the fifth time it has done so….

What made the Delta variant so deadly was its infectiousness. Omicrom, says Kavanagh, “appears to be spreading fast and has been already found in Hong Kong, Belgium and Israel. Travel restrictions have been imposed by the United Kingdom, European Union along with Japan and Singapore have ordered travel bans on travelers from southern Africa,” says Kavanagh.

The South Africa Minister of Health Joe Phaahla made the announcement yesterday about Omicrom. It is unknown where it first emerged. “Initially it looked like some cluster outbreaks, but from yesterday, the indication came from our scientists from the Network of Genomic Surveillance that they were observing a new variant,” Phaahla said.

The emergence of Omicrom serves as a reminder of the actions the public needed to take before the vaccines came along: hand hygiene, social distancing, and masking.

“We expect new variants to continue to emerge wherever the virus is spreading. Vaccination remains critical to protect those in our communities at high risk of hospitalization and death, to reduce strain on the health system, and to help slow transmission” the NICD states. “This must be in conjunction with all the other public health and social measures, so we advise the public to remain vigilant and continue to follow COVID-19 protocols by: ensuring good ventilation in all shared spaces, wearing masks (which cover your nose, mouth and chin), keeping 1.5m distance from others as much as possible and washing or sanitizing your hands and surfaces regularly and keeping 1.5m distance from others as much as possible. These non-pharmaceutical interventions (NPIs) are still proven to prevent the spread of all SARS-CoV-2 viruses.” 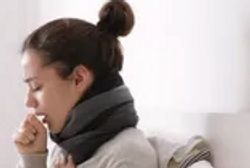