By John Roark and KathyDix

News running in the New York Times and posted on CNN.comsent a shiver through the public consciousness when a story was released thatNorth Shore University Hospital in Manhasset, N.Y., may have exposed patients toHIV and hepatitis virus because instruments used for routine endoscopies mightnot have been properly disinfected.

The story, originally published on June 16, 2004, reportedthat hospital officials discovered a 12-day stretch beginning April 28 duringwhich there was no record of employees having tested disinfectant used to cleanthe scopes. Letters were sent out to the 177 patients who had undergoneendoscopic procedures during that time period, recommending testing forhepatitis B, hepatitis C and HIV.

According to the Times article, Terry Lynam, aspokesman for the North Shore-Long Island Jewish Health System said, Theletter was undoubtedly unsettling. But were trying to ease those concerns byraising what is a miniscule likelihood that any of these infections could betransmitted. This is the first time its ever happened at this hospital.

The actual risk of infection is small, says LawrenceMuscarella, PhD, chief of infection control for Custom Ultrasonics, Inc.,provided scopes are adequately cleaned. Its just amazing how fragile theseviruses are, he says. The literature suggests that if you do cleaningproperly you wont have transmission of HIV or hepatitis B or C irrespective of any disinfection. In the cases where hepatitis has beentransmitted, cleaning has been inadequate. So we have instances where cleaningis adequate, but the disinfection is either not being done, or being doneinadequately, and we dont have disease transmission documented yet. Thatswhy the risk of a bacterial infection is much higher. The risk of a viralinfection remains fortunately very low, provided cleaning is done.

Facilities practicing strict adherence to published guidelinesmay wonder how such a gaffe could take place. You can use our disinfectantfor up to two weeks, but no longer than that, and it has to be tested every dayfor its strength, says Bernadette Murray, an endoscopy technician at FletcherAllen Health Care in Burlington, Vt. We set a standard years ago of testingwith a chem stick every day, first thing in the morning before any scopes aredone. With our automatic washer, you lose a little bit of disinfectant withevery cycle and its diluted out just a little bit with each cycle as well,because theres wetness in the processing chamber where the scope is.

The faithful record-keeping has paid off. Ive worked inthis department for 13 years as an endoscopy tech, and in that time, I haventknown of any infections transmitted through a scope to a patient. I dont everwant to see one, either. When I teach people to clean the scope, I make themfeel the same as I do: youre cleaning the scope as if its going to be usedon you or some member of your family. You dont want to take any shortcuts, nomatter how busy it is. It isnt all about speed; you want to do a good job,she says.

Im proud of the hospital if it noticed that there couldpotentially be a problem for notifying the patients about it, says CathyDykes, MS, RN, CCRC, CGRN, president of the Society of Gastroenterology Nursesand Associates (SGNA).

Christine Nutty, RN, MSN, CIC, an infection controlpractitioner at Western Baptist Hospital in Paducah, Ky., and member of theAssociation of Infection Control and Practitioners (APIC) board of directors,agrees. I think its really good in a lot of ways. I think its good thatCNN got ahold of this to help get the word out.

On the other hand, many infection control practitioners werenot stunned by the news. Unfortunately, Im not surprised, saysMuscarella, citing similar items published recently in the Sacramento Bee andThe Seattle Times, which reported as many as 800 patients in one hospitaland 1,000 in another being similarly exposed. Basically it goes back tofunding, with hospitals using untrained medical staff to reprocess endoscopes.Endoscopes are somewhat unique in the extent to which they can transmit diseaseto many patients in a short period of time due to their use and their highcost. Its an issue of funding.

It doesnt surprise me in terms of what I see in too manyhealthcare facilities today, says Nancy Chobin, RN, CSPDM, the CS/SPDeducator for the Saint Barnabas Health Care System in West Orange, N.J. Shouldit happen? Absolutely not. In my opinion, this is the worst evidence of practicefor patient safety, and with all of the focus on patient safety today, testing ahigh level disinfectant before use should be like rolling out of bed. Youshouldnt even have to think about it. How someone would use a solutionwithout testing it first is beyond me, and to go for 12 days without anybodyquestioning it I heard one news report that one person was terminated, andthe other person was disciplined, and if thats the case, I support thatdecision because not testing the solution can be considered malpractice. If thisis an issue of people not being trained properly, then the hospital is at fault.If its the individual who was trained, but just forgot or didnt think itwas important, then the individual(s) are at fault.

In playing the blame game, where should the finger be pointed? Lack of funding, under-trained medical staff, unclear FDAregulation on disinfectants and complacency among processing personnel are allmitigating factors. Not surprisingly, the spectrum of opinion is diverse.

Ultimately it needs to come from the top down, saysNutty. Management of the facility needs to support following theappropriate infection control principles. Thats something that somefacilities do, and others do not. Part of the problem is the endoscopy world isunder such pressure now because of Katie Couric and everybody gettingcolonoscopies done. Its wonderful for their business, but in a way it hasmade them almost go into assembly-line production. You can speed up yourproduction, but if you dont monitor the quality, then somebody suffers, andit will be the patient. They have to have good principles of infection control I think that is ultimately what is mandated. Thats why I think this isgood because it does bring it to light to the public the public needs to beknowledgeable about this.

The FDA is not to blame; the manufacturer is not to blame,says Chobin. Theres no competency testing. With every single procedure wedo, there should be a return demonstration. Instead, a sales rep comes in, givesyou a short in-service, and we expect people to remember it. I might not beusing that solution for three or four weeks, because we dont use it everyday. Im not going to remember. If you gave me a competency returndemonstration, where you tell one, show one, do one, then youre goingto remember how to do it. There should be some kind of check sheet posted, so ifyou dont remember, its there. If I dont take advantage of that, thenshame on me.

I think all the entities have a stake in a good outcome,says Douglas Nelson, MD, physician spokesperson for the American Society ofGastrointestinal Endoscopists (ASGE), staff physician in gastroenterology at theMinneapolis VA Medical Center and associate professor of medicine at theUniversity of Minnesota Medical School. All groups should play a part intrying to minimize this sort of reprocessing failure in the future. Whosultimately responsible? I think its the physician.

Ultimately, Im responsible for the equipment I use. Thatmay devolve onto my endoscopy nurse who runs the reprocessing unit; it maydevolve onto the tech who actually reprocesses the endoscope, but ultimately, itsthe physician. Its the gastroenterologist who is doing the procedure who isultimately going to be tagged or labeled with the adverse outcome. Theinstitution might be listed in legal action because they have deep pockets. Butits the physician whos going to have to assume responsibility.

Among infection control practitioners, questions arise. Whoultimately should be held accountable for such an egregious lapse indisinfection and processing protocol? Is this news item indicative of awidespread crisis in infection control?

Obviously, this is happening in many places and simply notmaking the news, points out Chobin, who can immediately recall three separatecases of poor scope sterilization. I was in a hospital, maybe a year and ahalf ago, and it was not in CS or the OR; it was another department. There aretwo dates on the product: one is shelf life, which is the date you have toopen the bottle by, and its usually a couple years from the time you purchaseit. Then theres a use life. Once you open the bottle, its usuallygood for 14 or 28 days, depending on the formulation. They were using a solution and fortunately they still had the jug that had expired two yearsbefore. Not only were they using a solution that had expired, but they werenttesting it either. Had they tested it, they would have found that it was nogood.

It gets worse, as Chobin relates an incident at a secondhospital. In order to fully disinfect, youre supposed to have the itemcompletely immersed. They thought, Well, we dont have the right container.Why spend the money for the right container? So they just took a towel andput it on top of the device that was sticking out from the container and soakedit with the Cidex and thought that was sufficient.

But wait theres more. At the third hospital, theproduct was still good on the 15th day. So they figured, If its stilltesting good, we can continue to use it. No! If the manufacturer says youmust discard it at 14 days, if not sooner, depending on your testing, then youthrow it out.

In any healthcare system youre dealing with humanbeings, and youre going to have some people who are complacent, and some whoare sticklers to good quality, says Nutty. Of course I think it goes on. Anyone who thinks that this cant happen needs to lookclosely to their own system, because it can and obviously does.

Muscarella likens the elements contributing to the Manhassethospital as a perfect storm. You have an instrument that cant besteam autoclaved, you have an instrument thats expensive, so you have only afew of them. As a result of having few of them, you end up using one scope onmany patients throughout the day. So you have complacency, the design of theinstrument, poor funding, poor education you have all of these independentsatellites colliding at once. This is whats going to end up happening.

With all the ground endoscopy has gained in public awareness,will it be derailed by the publicity of the Manhasset event? The concern Iwould have about the adverse media coverage, is that there is a tremendousdocumented value to endoscopy, says Nelson. We know that if we doscreening colonoscopy, approximately 1 percent of patients over the age of 50will have a cancer that was previously unrecognized. Across the United States,50,000 people will die of colorectal cancer, which is largely a preventabledisease. I would be concerned that patients might avoid a potentiallylife-saving procedure for fear of a very unsubstantiated risk that is estimatedto be at less than one in a million. I think its important that, while themedia may serve to keep everybody honest and make sure that these failures getcorrected, we shouldnt throw the baby out with the bath water and end updoing more overall harm than good. We need to correct the system, but we alsoneed to keep this in perspective, that the risk of infection is vanishinglysmall. There are no cases of transmission of infection reported when currentlyaccepted guidelines have been followed, ever. Theres never been a casereported when everyone followed the guidelines and theres been a transmissionof infection.

Keep the big picture in perspective. This is a life-savingprocedure; dont avoid the procedure because of an unwarranted fear. 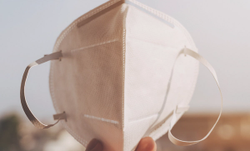