Insight into Community Transmission of COVID-19 (Note: Hospitals Are Communities) 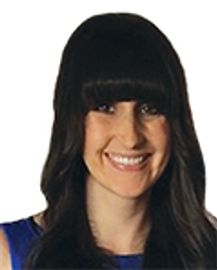 Look to our own practices in hospitals. Are meetings occurring with lots of people for a prolonged period of time without PPE? Breakroom clusters of staff to eat? Exposure is not limited to the patient-caregiver interaction.

Since the SARS-CoV-2/COVID-19 pandemic began, there has been considerable focus on transmission dynamics. So much of our time in infection prevention is focused on healthcare transmission, but it’s often helpful to review community cases. Shedding insight into the dynamics of social interactions, potential exposures, and symptom onset, helps us understand what we’re likely to see in a healthcare setting as exposures can occur in breakrooms or other unexpected environments.

A new review from the Centers of Disease Control and Prevention (CDC) regarding a cluster in Chicago was particularly interesting in how a family event triggered several cases. Contact tracing and polymerase chain reaction (PCR) testing of patients helped investigators understand exposures, positive cases, and symptoms.

Beginning in February 2020, a family friend who had recently traveled out of state and experienced respiratory symptoms, attended the funeral of a family friend (who had not died of COVID-19). Ironically, this initial patient was only tested due to the epidemiological investigation.

The night before the funeral, this patient had a meal with the family of the decedent, which lasted three hours. The funeral also involved a pot-luck style meal and lasted two hours with much close-contact and embracing of family members.

Around 2-4 days later, members of another family (Family B) began to develop symptoms.

Six days after the funeral, other members of Family B began to develop symptoms. Of these three from Family B, one required hospitalization and eventually succumbed to the illness, dying. After the funeral, one member from Family A began experiencing symptoms and attended a birthday party with nine other family members. Close contact occurred during this three-hour party. Three to seven days after this event, seven attendees of the party developed symptoms, of which two died.

Two who cared for one of the Family A cases without personal protective equipment (PPE) at home (one was a family member and one was a home care professional), developed COVID-19. Three of those symptomatic birthday party goers also attended church 6 days after developing symptoms, which would then result in a secondary case as a result of direct conversations, passing the offering plate, and sitting within one row for 90 minutes.

This cluster of 16 cases (seven confirmed and nine probable), sheds insight into how transmission occurred between non-household contacts at family gatherings involving direct contact for a significant amount of time.

Moreover, it’s a reminder that people should stay home after symptom onset, as several of these cases continued to attend gatherings despite initial signs and symptoms. The authors note that “in this cluster, extended family gatherings (a birthday party, funeral, and church attendance), all of which occurred before major social distancing policies were implemented, might have facilitated transmission of SARS-CoV-2 beyond household contacts into the broader community. These findings support CDC recommendations to avoid gatherings and reinforce the executive order from the governor of Illinois prohibiting all public and private gatherings of any number of persons occurring outside a single household.”

While some of these cases were exposed multiple times and the authors had to make assumptions based off incubation periods, this cluster is very telling in terms of family gatherings and that transmission occurs beyond household contacts.

It is important that we consider the dynamics of this cluster and from an infection prevention standpoint, look to our own practices in hospitals-are meetings occurring with lots of people for a prolonged period of time without PPE? Breakroom clusters of staff to eat? Exposure is not limited to the patient-caregiver interaction and it is important we be mindful of these potential events in healthcare settings.