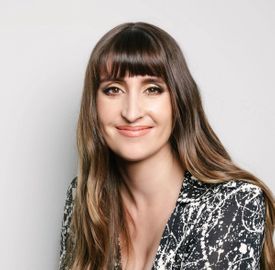 The 2019/2020 influenza season is expected to be a rough one. Flu activity in Australia, often used as a litmus test for the United States, left many alarmed at what we might see this winter. For those of us in healthcare and public health, we start respiratory virus season preparations well in advance. From ordering flu vaccines and additional personal protective equipment (PPE) to making sure staff members are using great hand hygiene and isolation precautions, this is a time of year that infection preventionists gear up for.

As we head into mid- December, flu activity in the US is showing some concerning trends. Interestingly, influenza B has been the dominant strain and there have already been 6 flu-related pediatric deaths, according to the Center for Infectious Disease Research and Policy.

The US Centers for Disease Control and Prevention (CDC) provides weekly updates to help keep healthcare providers, public health officials, and the public up to date on the latest flu activity. Since September 29, 2019,  there have been more than 227,000 specimens tested by clinical labs, with 4.8% positive for influenza.

Between October 1 and November 30, there have been 784 influenza-associated, lab-confirmed hospitalizations reported. The overall hospitalization rate was 2.7 per 100,000 people, with the highest rates of hospitalization among those aged 65 years or older. In terms of mortality, 4.8% of deaths occurring during the last week of November were related to pneumonia and influenza. For those hospitalized patients with lab-confirmed influenza, 57.5% were associated with influenza A.

Based upon the surveillance data in both Australia and America, the early indicators point to a severe influenza season for 2019/2020. From the infection prevention perspective, this means several things.

First, make sure staff are vaccinated, but also encourage patients to get vaccinated during their hospitalization.

Second, now is the time to really remind staff and encourage them to be proactive in their isolation. We’ve all been guilty of blaming our stuffy noses and coughs on “allergies,” but that isn’t always true. Using isolation precautions on patients with symptoms is key and we can always remove the precautions if it’s determined that something else is causing the symptoms.

Third, isolation rounding is critical-take the time to make sure the necessary patients are isolated and staff are using PPE appropriately.

Fourth, communicate to staff that it is likely to be a severe flu season and that it’s important they protect themselves and stay home when sick.

Last, consider visitor restrictions. It’s increasingly common for hospitals to implement visitor restrictions during flu season, which prevents children under the age of 12 from visiting and reduces the number of visitors, while encouraging visitors to wash their hands and not visit while ill. These are all important strategies to prevent the spread of respiratory viruses.