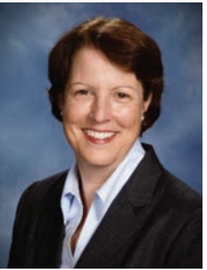 Insertion of a peripheral intravenous (PIV) catheter is the most commonly performed invasive medical procedure in acute care. It is estimated that more than 70 percent of hospitalized patients require peripheral IV access for the administration of medications, fluids, blood products, and/or nutrition.

Unfortunately, nearly 60 percent of those patients are considered to have difficult intravenous access. These patients can make PIV insertions challenging for even the most skilled clinician. Difficult access is caused by a variety of factors including aging veins, repeated cannulations, irritating medications, as well as obesity, IV drug use, and chronic conditions like diabetes and cancer. The high number of patients with difficult access has increased the use of ultrasound guidance to achieve successful PIV placement. It is estimated that ultrasound-guided PIV (UGPIV) insertions are now performed 12 million times per year in North America.

With the greater reliance on ultrasound to guide PIV insertions, organizations have published guidelines to promote safety by clarifying infection control practices for the procedure and disinfection of the ultrasound transducer, also commonly known as a probe. While there is agreement that the presence of both the probe and gel at the sterile insertion site pose a risk of infection, there is wide variation among the recommendations regarding standardization of the procedure, aseptic versus sterile technique, appropriate levels of probe disinfection, and specific infection control practices that should be followed.

Benefits & Risks of UGPIV
Initially adopted by vascular access teams and emergency departments, ultrasound guidance can be used in many care settings to overcome the challenges with gaining successful PIV insertion in patients with difficult access. According to the American Institute of Ultrasound in Medicine (AIUM), ultrasound guidance for PIV access can be an invaluable technique for patients who are difficult or seemingly impossible to access. Ultrasound guidance has been shown to improve IV success rates, decrease the number of percutaneous punctures and decrease the time required to achieve IV access. This can improve patient outcomes and lower costs associated with PIV insertions.

Yet UGPIV is not without risks. Research shows both probes and gels are frequently contaminated with bacteria, posing a serious risk of transmission between the ultrasound equipment, patients’ skin and the bloodstream.

In one study, environmental organisms were found in 65 percent of samples taken from ultrasound equipment, while nearly 8 percent of samples included microorganisms that commonly cause infection. Another study reported a probe contamination rate of 17.5% following baseline cleaning methods. This contamination includes the potential for transmission of life-threatening staphylococcus aureus to the patient’s skin from the ultrasound equipment. According to Ohara et al., 60 percent of samples that tested positive for staphylococcus aureus were methicillin-resistant (MRSA).

No one can argue that mitigating cross contamination risks during UPGIV procedures is essential for protecting patients and reducing costs. Most guidelines recommend some type of barrier/cover or protection film for the ultrasound probe; many also recommend sterile gel. However, research shows that even sterile probe covers can fail; clinicians may inadvertently puncture covers with the access needles, causing site contamination. These contamination concerns have led to a greater focus on the level of disinfection a probe should undergo between procedures, which is precisely where many of the various guidelines differ.

Confusion Over Disinfection Procedures
Most published guidelines rely on the use of the Spaulding Classification system, a widely accepted standard designed to determine the level of disinfection required for reusable medical devices based on the potential risk of infection posed to patients.

Based on this system, critical and semi-critical devices require high-level disinfection (HLD), which is defined as the complete destruction of all microorganisms on or in a device. Devices used in non-critical procedures require low-level disinfection (LLD), typically achieved through the use of a germicidal spray or wipe to eliminate some viruses and bacteria. Differing interpretations of these categories, as well as data on the efficacy of various barrier methods, has led to different safety recommendations.

For instance, both AIUM and the American College of Emergency Physicians (ACEP) require the use of sterile gel and a protective cover during PIV procedures. The organizations conclude that with these infection control methods, LLD is justified. Other groups have a different take, including the CDC’s Healthcare Infection Control Practices Advisory Committee (HICPAC), the Association for Vascular Access (AVA) and the Association for Professionals in Infection Control and Epidemiology (APIC). These groups assert that even with the use of probe covers, UGPIV is classified as semi-critical and therefore, HLD should be required before and after any insertion.
These differences may contribute to a lack of standardization with procedures and disinfection policies. A recent survey of U.S. infection preventionists revealed a high degree of non-compliance with infection control guidelines for UGPIV. According to author Ruth Carrico, only 22 percent of practitioners indicated using a probe that had undergone HLD before or after performing a UGPIV insertion, and only one percent indicated using a sterile probe cover.

Similarly, a poll of vascular access clinicians conducted by this author in March 2019 revealed a significant gap between awareness of the risks of infection transmission and existing UGPIV practices. While 86 percent of respondents said they understand the probe and gel are potential sources of contamination, less than one-third said inserters at their facility always use sterile probe covers or sterile gel to maintain proper aseptic technique. Nearly 60 percent said their facilities have not established a standardized set of steps and policies regarding UGPIV insertions.

While hospital policies establish the management of probe disinfection, guidelines can help drive change based on the evidence. Currently, more organizations appear to be supportive of the greater safety controls of the Spaulding system by requiring HLD for ultrasound probes involved in any invasive procedure, including UGPIV insertions. APIC and AVA are currently working on revised guidelines to address these issues, which could provide much needed clarity for vascular access clinicians and infection control professionals.

Better Barrier Protection
In addition to proper disinfection, some barrier methods have been shown to be effective in safeguarding procedures and preventing further insertion site contamination. Barriers like sterile probe covers and use of transparent film dressings may provide more assurance of asepsis within the procedure, providing an added level of protection from pathogens.

It’s important to note, however, that film dressings that are applied to the probe, such as Tegaderm, are not recommended by ultrasound manufacturers or organizations such as AVA. These dressings have great variability in application and may leave a film residue on the probe, resulting in deterioration of the vital transmission surface.

As an alternative to traditional sterile probe covers, facilities might consider a combination sterile barrier and film dressing that prevents probe contact with blood or non-intact skin and uses layers of plastic over the dressing to reduce the risk of needle penetration. A sterile barrier and securement dressing like the UltraDrapeTM (Parker Laboratories), designed specifically for UGPIV procedures, currently meets this criteria by separating the probe and gel from the insertion site. With this sterile barrier dressing, ultrasound gel is applied to a removable film layer. This keeps the puncture area dry and free from gel, while still enabling visualization of the target vessel through the dressing with ultrasound.

Even with proper disinfection, applying gel to the skin may contaminate the puncture site and leave behind gel residue, making dressing adherence difficult. A barrier and securement dressing that prevents gel from reaching the IV site enables clinicians to better maintain sterility of the needle, catheter, and prepped skin of the insertion area. This type of dressing also eliminates concerns about gel being accidentally injected into the bloodstream. The top layer where the gel is applied is discarded after use and the dressing slides over the IV catheter, effectively eliminating the time-consuming post-procedure skin clean up.

Looking Ahead
There is a clear need for the vascular access community to establish a standardized protocol for ultrasound-guided peripheral IV insertions and probe disinfection. Ideally, guidelines will address issues including the use of probe covers, sterile gel, and barriers as well as appropriate probe disinfection procedures. We should look to the results of future studies to guide decisions for disinfection and aseptic management of UGPIV and other ultrasound-guided procedures.

Ensuring safety for patients is the ultimate goal, while also responsibly considering the time and cost required for UGPIV procedures. A standardized protocol, proper training for all staff members and teams involved in ultrasound-guided procedures, and the adoption of technology that promotes a more aseptic insertion technique may improve patient safety while increasing efficiency and lowering costs associated with UGPIV.