“It’s very terrifying to be flying the plane at the same time you’re building it,” said one young doctor.

President Trump confirmed that the US stockpile of personal protective equipment (PPE) is nearly depleted because of the extraordinary demands of fighting COVID-19. In a press briefing yesterday, Trump addressed the story about PPE supplies that was first reported in the Washington Post. And as reported in the Guardian, Trump says that one of the reasons for the dwindling stockpile is that supplies are bypassing the stockpile altogether.

“We’ve asked states where they have large manufacturers of different types of equipment to use those local factories, those local plants and have it made directly, ship it right into the hospitals,” Trump said.

The Washington Postsays the competition among states for PPE has become quite intense, involving a “freewheeling global marketplace rife with profiteering and price-gouging.”

Trump said that “We’re shipping things right in. We have, as you know, almost 10,000 ventilators which we need for flexibility. It’s sounds like a lot but it’s not.”

Meanwhile, NBC News is reporting that the PPE shortage in New York City has led to the rationing of respirators and other supplies. The rules about proper use keep changing due to circumstances. Respirators are being reused and who gets them and who doesn’t is a work in progress as well. Younger doctors-residents-are being denied the protection altogether.

“It’s very terrifying to be flying the plane at the same time you’re building it,” one resident told NBC News.

Another resident said, “If they're telling me keep this mask for five days, do we really have enough PPE? Are they going to say next keep it for 10 days?” 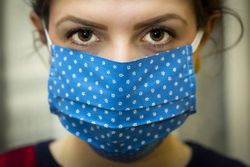 Q&A: Thanks to COVID, Masks Are Here to Stay 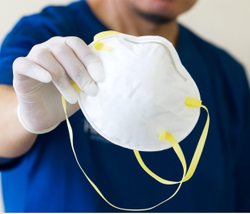 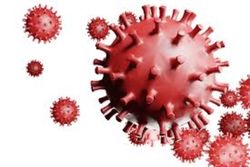 CDC Updates Guidance to Include Double-Masking