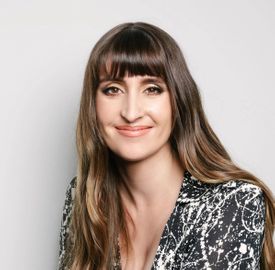 SASKIA V. POPESCU, PHD, MPH, MA, CIC, is a hospital epidemiologist and infection preventionist. During her work as an infection preventionist, she performed surveillance for infectious diseases, preparedness, and Ebola-response practices. She holds a doctorate in biodefense from George Mason University where her research focuses on the role of infection prevention in facilitating global health security efforts. She is certified in infection control and has worked in both pediatric and adult acute care facilities.

U.S. Trade Representative Katherine Tai: “The administration believes strongly in intellectual property protections, but in service of ending this pandemic, supports the waiver of those protections for COVID-19 vaccines.”

The COVID-19 crisis in India continues to spiral out of control as there have been over 300,000 cases daily for two weeks now. From oxygen to hospital beds, supplies are beyond low and there is an increasing need for international support. “India's COVID total topped 20 million yesterday, the only country besides the United States to do so, as more states ordered lockdowns and the country's premier cricket league postponed its season,” reports the Center for Infectious Disease Research and Policy at the University of Minnesota. “By comparison, US infections have reached 32.5 million, but daily cases have now dropped to fewer than 50,000.”

The devastation in India has further reinforced the need for global vaccine equity and distribution, as a majority of vaccines are held by a handful of wealthy countries. India’s COVID

surge and the presence of variants reinforces that COVID-19 is anywhere until it’s gone everywhere. Yesterday, the Biden administration announced its support for the waiving of intellectual property (IP) protections for COVID-19 vaccines. Ambassador Katherine Tai, who serves as the U.S. Trade Representative, stated today that the “U.S. supports the waiver of IP protections on COVID-19 vaccines to help end the pandemic” and will participate in the negotiations for this to occur. Furthermore, Ambassador Tai noted “The administration believes strongly in intellectual property protections, but in service of ending this pandemic, supports the waiver of those protections for COVID-19 vaccines.”

Pfizer announced this week that it would be seeking emergency use authorization (EUA) from the Food and Drug Administration (FDA) to administer a COVID-19 vaccine to children between the ages of 2 an 11 sometime in September. This comes as welcome news as the company also announced its plan to gain full approval from the FDA in August. As science journalist Emily Anthes notes in the New York Times: “The Pfizer-BioNTech coronavirus vaccine was the first to receive emergency authorization in the United States. Emergency authorizations are meant to be temporary, and can be revoked when a public health emergency is over. Full approval would allow the vaccine to remain on the market as the pandemic fades. It may also make it easier for companies, government agencies, schools and other entities to require vaccination.”

Exciting news as the Democratic Republic of Congo declared on Monday that a recent Ebola virus disease outbreak is officially over. The outbreak involved 12 cases and six deaths. This particular outbreak was unique in the point source. Ruters reports that “the outbreak was contained using Merck's Ebola vaccine, which was given to more than 1,600 of the patients' contacts and contacts of contacts, the aid group Medecins Sans Frontieres (MSF), said. The cases were genetically linked to the 2018-20 Ebola epidemic that killed more than 2,200 people, the second-highest toll recorded in the disease’s history. The latest flare-up emerged on Feb. 3 in the city of Butembo with the death of a woman whose husband had contracted the virus in the previous outbreak.” Moving forward, the vulnerability to Ebola virus disease, as identified in this outbreak, is further underscored, but the success of a vaccination strategy is one that brings hope for future efforts.