Sharon Ward-Fore, MS, MT(ASCP), CIC: “Practices drift. You can become complacent and maybe your level of awareness has decreased…. So, infection preventionists need to be really aware of what’s happening in the areas they cover as far as PPE usage is concerned.”

Healthcare professionals across the nation have been battling coronavirus disease 2019 (COVID-19) for months. They’re tired. They’re worried. They’re always in a rush. That’s when the proper use of personal protective equipment (PPE) might fall by the wayside, warns infection control consultant Sharon Ward-Fore, MS, MT(ASCP), CIC. Ward-Fore, a member of Infection Control Today’s Editorial Advisory Board says that there’s an art to encouraging the proper use of PPE and she gives fellow infection preventionists some tips on how it can be done. “Some people receive things well—criticism or compliments—and others don’t,” says Ward-Fore. “It’s not a one-size-fits-all.”

Infection Control Today®: We’re going to talk a little about PPE and where we are with that thanks to the COVID-19 pandemic. Proper donning and doffing has to be a part of that conversation, correct?

Sharon Ward-Fore, MS, MT(ASCP), CIC: It does, it does. I think one of the things we need to talk about with PPE is as we’re continuing to go through this COVID-19 pandemic, the level of infections waxed and waned in certain areas. And now we’re seeing quite a surge in the South. So those hospitals that are able to inventory their PPE and figure out how to ration it should be doing so right now. IPs should continue to audit PPE usage on their units—including donning and doffing—and then they also should be speaking to how to reuse or encourage staff how to do extended reuse of PPE if that becomes necessary. And the problem with reuse and extended reuse is the probability of contamination from reusing something you’ve already used. So IPs, the burden would be to teach staff how to safely don and doff equipment that’s been stored and then reused.

ICT®: Is that a constant problem during this pandemic?

Ward-Fore: It is. It is in areas like the South where they’re just pretty much on fire. Staff have been told that they need to reuse PPE, especially things that are in short supply in those areas. Apparently, it’s still N95s. So, the caution is that manufacturers say N95s can be reused up to five times. But what that really means depends on what that N95 looks like when you’re going to reuse it. So, areas to pay attention to when you’re reusing any piece of equipment like an N95 is make sure the straps are still intact. Make sure the metal nose clip where you kind of fold the mask around your nose is intact, and make sure the mask itself isn’t showing any kind of wear and tear. That’s really important for those areas that have to reuse that kind of equipment. I think with reuse, sometimes staff tend to forget to not touch the outside of the mask, which is the most contaminated part. Or when they’re putting it on, they’ll touch the inside of the mask, which then puts them at risk, and they need to discard that mask. So careful attention to detail. And maybe in the areas that are hotspots now that maybe weren’t, just a refresh on how you put on and take off PPE that’s been reused would be a nice thing for IPs to focus on.

ICT®: Careful attention to detail. Do you think that that’s going to be easier now? Since COVID-19, do you think people are paying attention more to detail?

Ward-Fore: I think you’re going to find a spectrum of that because people are fatigued. Our healthcare workers have been at this since—in Illinois, March 21—is when the lockdown came down and we saw a surge. They’ve been at this for a long time. Fatigue. Practices drift. You can become complacent and maybe your level of awareness has decreased. I think you’ll see people who are really, really attentive to detail. And those that have maybe thought, “Well, I haven’t gotten it yet. Maybe I won’t get it and I don’t need to adjust my practices.” So, infection preventionists need to be really aware of what’s happening in the areas they cover as far as PPE usage is concerned.

ICT®: Do IPS work with anybody else as far as monitoring PPE usage? Are there nurse managers or even doctors who are involved in overseeing PPE usage and how it’s done? Or does the buck stop with the IP?

Ward-Fore: It doesn’t, but typically it’s under our purview. But nurse managers, even nurses, working with each other, should be aware of what their colleague is doing as far as their PPE usage. And healthcare workers, they look out for each other. I think we can hopefully rely on a level of awareness where someone else will mention to somebody, “Oh, you didn’t put that on right. Or, “You didn’t do hand hygiene.” Hopefully it’ll be taken in a way that will help prevent contamination as opposed to being critical of someone.

ICT®: That sounds like an art more than a science. How do you do that?

Ward-Fore: t is an art. It’s being proactive, but showing concern instead of criticism. It’s saying, “You know, I want you to stay healthy. So maybe you should discard that mask because I think you touched the inside which may contaminate you.” It is an art and you need to tread lightly. Some people receive things well—criticism or compliments—and others don’t. It’s not a one-size-fits-all.

ICT®: Do you recall any kind of pushback that was particularly forceful? And how did you manage to finesse that?

Ward-Fore: Way back in the day, I had a physician who refused to wear the PPE for contact precautions. And he went from patient to patient to patient. And I just asked him, “Do you mind if I asked you why you’re not wearing that PPE?” And he pretty much said it was stupid, and there was no science behind it. So, in situations like that, it’s just like with kids, you have to know how to pick your battles. I sort of stepped away from that and mentioned that my medical director might be contacting him because, with some folks, it’s not about the science, it’s about how it feels. He felt it was not a science-based approach.

ICT®: Now everybody wants to know if it stopped there? Did you actually have to contact the medical director?

Ward-Fore: I did and then this person then became one of our PPE champions.

Ward-Fore: Well, at the request of the medical director, it all worked out. Sometimes maybe from a peer, things are better received than from someone who’s lower on the pecking chain as I was. I was merely an IP, as opposed to this pretty well-renowned physician.

ICT®: Any final words of advice for you fellow IPs about PPE?

Ward-Fore: Just remind everyone to not become complacent. And the importance of hand hygiene cannot be understated in every instance of handling any kind of PPE, donning and doffing.

If COVID Could Talk … But It Does, at the Cellular Level 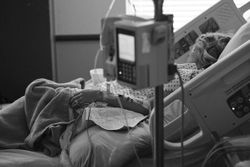 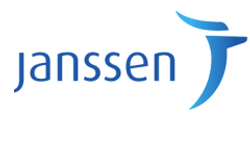