Q&A: Are Infection Preventionists Being Misinformed?

Kevin Kavanagh, MD: “Many of the infection preventionists over the last six months now have more experience than many of the policymakers up in D.C., because they’ve lived it firsthand. And they’ve seen how COVID-19 can spread. And they’re starting to develop a good idea of how to stop it.”

Everybody is being misinformed, contends Kevin Kavanagh, MD, a member of Infection Control Today®’s Editorial Advisory Board. Kavanagh warns that some of information coming out of the US Centers for Disease Control and Prevention (CDC) about coronavirus disease 2019 (COVID-19) has been contradictory, when it hasn’t been downright wrong. “There have been a number of statements from the CDC or at least with the CDC label on it, which have been disturbing,” Kavanagh tells ICT®. Some of those disturbing statements can be attributed to the fact that the CDC and the rest of the world didn’t quite know what it was dealing with, but not all of them. Kavanagh worries that political pressure may be at work. One of the ways infection preventionists (IPs) can educate themselves is to look at what’s being done in other countries, and read the comments under pre-print studies. Also, experience counts, and IPs have now had months of dealing with the coronavirus.

Infection Control Today®: Just how off target is information that we’re getting from the CDC and other government agencies? And if it is off target, might we be able to chalk it up to the fact that we are dealing with something that we’ve never seen before?

Kevin Kavanagh, MD: Well, early on, that was definitely the case, especially with the use of masks. As you know, both the Surgeon General and the CDC did not recommend using cloth masks. But that was before they realized the importance of asymptomatic spread, where 40% to 45% of the acquisitions could be from asymptomatic carriers. And when that was known, guidance was changed to wear those masks. They might provide a modicum of protection for the wearer, but as you well know, they are designed to protect the wearer if they are an asymptomatic carrier from spreading the virus to others. However, lately, the amount of information that’s coming out and mixed messaging, in my opinion, is disturbing. Along with a lot of the news reports of—and I’ll just say it appears to be political pressure—which is being placed on the scientists. We saw this play out early on with hydroxychloroquine that resulted in the eventual reassignment of Richard Bright from BARTA [Biomedical Advanced Research and Development Authority]. We’ve also have seen this with the overstatement of the efficacy on convalescent serum. Mind you, it still is efficacious, just not as much as what the public thought it was at the end of the briefings. There have been a number of statements from the CDC or at least with the CDC label on it, which have been disturbing. I think the most disturbing has been the one regarding the not testing of asymptomatic carriers. That’s something we don’t need to do. We don’t need to test symptoms of people who are asymptomatic. And as you know, when that guidance was published on the CDC website, it resulted in an outcry of a number of scientists and public health officials, who vehemently disagreed with this, stating that you need to detect community spread. And you also need to detect asymptomatic carriers, because they represent so large a portion of the spread of this virus. And this guidance was then walked back, where now it is advised to test for asymptomatic carriers. The reason for that posting, if you read in the news media, not only is it stating that it’s from pressure put on from above. But there’s also some indication and some people stating that this was placed without clearance of the CDC. Now, there’s debate over that, but I still think all of these reports are disturbing. One of the more recent ones has to do with cruise ships, and a disagreement between the White House and [CDC Director Robert M. Redfield, MD] on how long cruise ships should be essentially docked and not allowed to transport passengers. And this just keeps going on and on. Statements regarding asymptomatic spread, as you know, were originally put on the website and then taken off, not stating that they were wrong, but stating that they were put on in draft form. And we need to take it off, that was a draft. Yet, when you look at recommendations for Halloween and trick or treating this asymptomatic spread, believe me, when you read this, it sounds like they’re trying to protect people from it. When they’re talking about spread with loud, vocalization, or screaming, and the fact that you would have to be greater than six feet, or that is what is preferable. Asymptomatic spread, in my opinion is playing into those recommendations. And certainly, when we look at what’s happened with President Trump, asymptomatic spread may well have played a role. And the same is true with aerosolization. At the large rallies, you may be six feet away from shouting and screaming crowds, but if they’re aerosolizing the virus, even if you’re outdoors, it’s a risky activity.

Kavanagh: Yes. And that, to me, is very disturbing. And this was then downplayed by much of the media. But it’s very important, because it makes a difference on whether frontline workers should be wearing cotton masks or N95 masks. If they need N95 masks, they’re going to have to gear up the Defense Production Act and apply it to get these things in production. Because melt-blown textile, which is a key ingredient in N95 masks, is in short supply. It’s fairly difficult to make. And the free market isn’t going to gear up to make something in the short term like that. It’s extremely expensive. And then you may not need it once the vaccine comes out. And believe me, many of the CEOs from corporations have been stating on the news media that they’ve done that during the H1N1 pandemic, and they essentially got burned. They had huge startup costs that they weren’t able to recoup. Some of them almost went bankrupt. We do need to get the Defense Production Act up and running to a much greater degree than what we’re currently now having. And I think that would be very, very important to do.

ICT®: Now we’re talking about infection preventionists who basically are hitting the ground running every day. They don’t always have the time to do a deep dive into the literature. Where they go to find out information that they need to protect themselves, patients and other healthcare workers?

Kavanagh: Well, right now, it’s very hard. But one of the things you can do is to also look at foreign governments, foreign advisement such as what’s coming out of the UK and Germany. That is also helpful. But one of the big things you can do is when an article is posted pre-publication is to read the comments. You’ll have comments going either way, but it does tell you and give you some insight into the controversy and some of the validity of the points that are being made. But right now, I think it’s just using your common sense. This virus is highly contagious, and I do not believe that it will have an R naught of 5.7 and be as contagious as it is without having a degree of aerosolization. And so that does impact PPE. It also impacts the air, making sure that you have complete air exchanges many times an hour, and that this air is sterilized and that is I think, just key. So those are things an infectious preventionist can start to work on. And I can tell you complete air exchange is important. But if you’re in a temperate climate, sometimes just opening up the window will decrease your exposure and will provide a modicum of increased safety.

ICT®: It’s interesting that you just said opening of the window. One of the more telling metaphors that I read about how COVID might interact with the air is think of cigarette smoke in an indoor setting. You might be six feet away from somebody smoking a cigarette. But that doesn’t mean that those small particles of smoke won’t come your way. Is that a fair metaphor?

Kavanagh: I think that’s very fair. And that’s really what you’re up against if this virus aerosolizes. And from the recommendations with the Halloween parties and watching movies, and the screaming involved and the increased tactics that you need to take to avoid infection, I think aerosolization is quite likely in hospital settings where oftentimes loud vocalization is going on. And when that happens, aerosolization of the virus can occur, it can float around, and there’s some research that indicates that this may persist in the air for up to 16 hours. Again, this is why you need N95 masks, good complete air exchanges, and sanitization of the air.

ICT®: Anything you’d like to add that I neglected to ask you that you think is pertinent?

Kavanagh: Well, I really do think that sums it up. We have to err on the side of caution. You have to remember, especially in this time leading up to the election, that things are highly politicized. And unfortunately, that’s rolling into the public health arena. You know, public health, it was said even before this, that it is the intersection between politics and science, and we’re certainly seeing that played out. But I think that as an infection preventionist, you should always question recommendations, apply that to what you’ve known previously, apply that to what you’ve seen and your knowledge and experience in the last six months. Because many of the infection preventionists over the last six months now have more experience than many of the policymakers up in D.C., because they’ve lived it firsthand. And they’ve seen how COVID-19 can spread. And they’re starting to develop a good idea of how to stop it. I think that they really do need to stress that their voice is important when they’re talking to hospital administration in order to try to get the spread of this virus under control.

ICT®: I’m going to say that the misinformation could be coming from both sides of the aisle. Although, as you pointed out, rightly, one side of the aisle actually operates the executive branch at the moment. Anything you want to add?

Kavanagh: I think that about sums it up. Please be careful if you’re an infection preventionist. Get good PPE. Try to educate the public regarding the virus, because every viral infection you prevent in the public is one less that you may have to deal with and treat in a hospital setting. 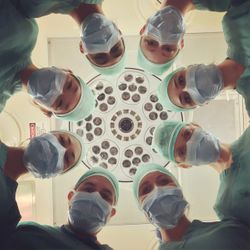 Viewpoint: Health Care Professionals—Get Vaccinated or Get Out 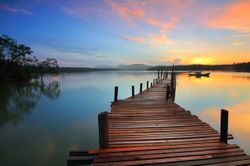 End of the COVID-19 Pandemic: So Close and Yet…

Vaccine Hesitancy May Soon Start to Impede Return to Normal