Reusables, Disposables Each Play a Role in Preventing Cross-Contamination

Healthcare institutions face the question of whether to use disposable or reusable medical devices. Although in certain situations one category is clearly a better choice than the other, choosing between disposable products and reusable devices is more frequently a difficult and unclear decision. Both devices are characterized by compelling pros and cons that may force healthcare facilities into a complex and multi-faceted decision-making process.

Healthcare institutions face the question of whether to use disposable or reusable medical devices. Although in certain situations one category is clearly a better choice than the other, choosing between disposable products and reusable devices is more frequently a difficult and unclear decision. Both devices are characterized by compelling pros and cons that may force healthcare facilities into a complex and multi-faceted decision-making process.

An important step in choosing between a disposable and a reusable device is identifying the degree of infection control required to ensure safety of the device. Medical devices can be ranked into three categories according to these requirements. The first of the three categories includes “critical” items which must be sterile before entering sterile tissue, such as surgical instruments and catheters. Devices in this category are most likely to transmit serious or life-threatening infections when more contaminated than permissible.1 The second category is comprised of “semi-critical” items which can also readily transmit infection not adequately decontaminated as required. Although sterility is not required in semi-critical devices, which include respiratory therapy and anesthesia equipment, laryngoscope blades and some endoscopes, they must at minimum undergo meticulous cleaning and disinfection with a high-level disinfectant (HLD) between uses in order to be used safely.2 And the third category, “non-critical” items, are least likely to transmit disease, their infection control requirements are the least stringent. Items in this category, such as bedpans, blood pressure cuffs, stethoscopes and pulse oximetry sensors, are intended to touch intact skin only and should never come into contact with mucous membranes or enter the body during routine use.

Although decontamination standards in semi-critical items and non-critical devices are less than  those in critical devices, sterility is still preferred in medical devices, regardless of designation, whenever possible.(3) And many authorities maintain that sterility is most easily, consistently and reliably achieved in medical devices using single-use, disposable equipment rather than reusable equipment.4 In fact, the greatest asset of disposables may be their lower likelihood of transmitting infection in comparison to reusables, which are a documented cause of cross-contamination. And in an era of rising costs, morbidity and mortality caused by healthcare-associated infections (HAIs),5 using proven methods to reduce the spread of infection is paramount.

Another compelling advantage of using disposables rather than reusables is that disposables do not undergo reprocessing between uses like reusable devices. Device reprocessing has repeatedly been linked to residual contamination left by reprocessing agents that fail to enter difficult-to-reach areas of reusable devices, as well as breakdown of device materials resulting in often imperceptible damaged areas that serve as breeding grounds for infection and may, over time, compromise functionality of the device. Reprocessing may also expose healthcare workers and patients to toxic chemicals6 and results in an unsafe devices when the manufacturer’s instructions for use (IFUs) are inadequate.

“Frequently, the manufacturer’s instructions for use of a device are either unclear, incomplete, inadequate, incorrect, impractical or difficult to obtain from the manufacturer,” says Arias. “I’ve seen manufacturer’s instructions that advise only washing in soap and water for semi-critical devices that come into contact with mucous membranes which obviously isn’t adequate as they also require HLD. The problem of inadequate instructions has been dragging on for years and really nothing has been done about it. Also, sometimes the design of the device inhibits the cleaning agents from killing organisms in the nooks and crannies of the device. And those are some of the most compelling reasons for using disposables. It is the responsibility of manufacturers to ensure that device reprocessing can be carried out in a healthcare setting and supply adequate IFUs that describe to device users and reprocessors in clear and appropriate terms exactly how critical, semi-critical or non-critical devices can be effectively and adequately cleaned and disinfected/sterilized (CDS) between uses. Manufacturers should be also be educated on disease transmission and address or eliminate any device characteristic that could promote the spread of infection. And all personnel involved in the use, CDS, and storing of devices must follow the specified guidelines on how to do these things correctly and to ensure that the design and material composition of these devices allows for effective reprocessing.”

In general, the potential hazards associated with using reprocessed medical devices are not minor ones.7 One study comparing the safety and efficacy of reprocessed and disposable medical devices by analyzing wet swab samples taken from both types of device reported that 29.5 percent of samples obtained from 122 reusable devices were bacteriologically positive, and 70 percent of the bacteria isolated from them were pathogens. In contrast, 100 percent of the wet swab samples obtained from 80 disposable products were sterile.8 Furthermore, another study investigating the dangers of using reprocessed equipment reported microbial counts as high as 103 colony forming units (CFUs) in these devices even after the 10th reprocessing cycle, and discovered scratched and damaged surfaces capable of harboring infection by examining the reprocessed devices with a scanning electron microscope (SEM).9

In addition to their safety profile, disposable devices may also outshine their reusable counterparts by cutting preparation and procedure times. One study comparing a conventional reusable gastroendoscope with a novel disposable sheathed gastroendoscope reported the disposable version was more efficient in clinical practice and had a significantly shorter total instrument turn-around time than the conventional version. In addition, the disposable device did not underperform in comparison to the conventional device in terms of patient discomfort, optical clarity, and pathology detection rate.10
Sustainability is rapidly being embracedin healthcare, where it is increasingly factored into core principles, strategies, and decisions across the industry. Unfortunately, disposable medical devices are generally environmentally unfriendly, in spite of the numerous ways they benefit the healthcare industry and greener solutions to improve their less-than-optimal impact on the environment are still lacking, although small improvements include using disposable devices constructed without certain plastics and ordering disposable devices in bulk from local distributors.11-12

Medical waste is a necessary by-product of any healthcare facility; however, the U.S. healthcare system is the second largest contributor to the 4 billion pounds of waste produced annually. As such, production of medical waste is one of the most critical factors considered by medical device in evaluating a device.13 The majority of medical waste is generated by disposable medical devices originating in the operating room (OR), a heavy user of disposables used in surgery such as drapes, gowns, basins, gloves, sponges and other supplies.14 In fact, the OR, along with labor and delivery suites, accounts for approximately 70 percent of hospital waste.15 When available, recycling is another important way to reduce medical waste produced by both reusable and disposable medical devices.16 In some cases, reducing medical waste generated by the OR may be achieved by forming an OR committee dedicated to waste reduction along with ecological initiatives.17

Beyond environmental impact, cost is almost invariably another important factor in deciding between disposable or resuable devices. The average cost of disposables versus the average cost of reusables reported in the literature varies greatly, with some studies asserting that using disposable items is a more costly venture than reprocessing devices, largely in terms of purchase price and disposal.18 For example, waste disposal costs associated with disposables can be significant.19-20 On the other hand, some studies insist that disposables are less costly than reusables and the total cost of disposables is lower when reduced rates of infection are taken into account, reprocessing costs are subtracted and easier inventory control with disposables is considered.21-23

As if the contention surrounding the decision to use disposable or reusable devices weren’t complicated enough, a closely related issue, called “something of an ethical quagmire”25 by one author, is the practice of reusing devices labelled as single-use.26-27 Although some studies assert that reusing single-use devices is safe and cost-effective; the practice can result in cross-contamination, mechanical failure and product liability; also, as with reusable devices, single-use devices are subject to the same dangers associated with reprocessing.28 On the other hand, some studies assert that reusing single-use devices can pose risks to patients, staff and the environment; and have important legal, ethical and financial ramifications.29 Furthermore, reuse polices mandated by hospitals generally do not take patients’ wishes into account.30 As such, ignoring manufacturer instructions could have legal ramifications if a patient suffers harm from being treated with a reprocessed single-use device, and any financial gains an institution achieves by reusing single-use devices could be lost if a lawsuit ensues.31

An in vitro study on reusing single-use devices found viral contamination in deliberately infected catheters labelled for single-use only, even after rigorous cleaning and sterilization of the devices.34 After simulated reuse, enterovirus was cultured from one of the catheters, no less than six of the devices tested positive for enterovirus and one device contained adenovirus DNA. Sonification of the catheter tips largely eliminated viruses in the devices although enterovirus RNA was detected in two and adenovirus DNA was detected in three of the samples.35

Disposable and reusable medical devices continue to benefit patients and healthcare alike. However, both varieties of medical equipment are limited by important flaws. As knowledge and technology advance, medical devices, along with other areas of medicine, should be revisited, revised and improved. In the case of disposable and reusable medical devices, key areas for improvement include safety, durability, cost, reprocessing and environmental impact, especially in terms of waste-reduction strategies such as recycling.36

Elizabeth Srejic is a freelance writer. 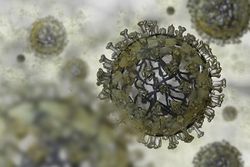