Viewpoint: Expanding Booster Shots to US Adults Needed to Happen

In the Middle Ages a pandemic wiped out 50% of the world’s population. Presently we have a much higher population density, making us a feeding buffet for infectious disease…. If we do not follow the recommendations of modern science and public health, we are no better off than if we were living in the Middle Ages.

The news today took most by surprise. The Biden administration announced that plans were being formed to administer boosters to everyone 8 months after full vaccination. This comes as a surprise to many since just a few weeks ago people were being assured that breakthrough infections are “extremely rare,” less than 1% in all reporting states.

Why the 180 degree pivot by the White House? The simple answer is, we need action NOW.

"We do not have the luxury of waiting. Delta is here. In the case of delta, inaction is also an action, and an expedited decision is needed. Currently, the United States is discarding vaccines and these vaccines are known to be very safe. If we do not administer boosters to this high-risk population, we risk having a catastrophe on our hands.”

At the time, it appeared the CDC was going to study the issue further; I am relieved that the White House has chosen to take immediate action.

Data provided by the Ministry of Health Israel (MHI) regarding the Delta Variant is a call for immediate action. The MHI reported that there was only a 16% Pfizer Vaccine effectiveness in preventing symptomatic infections after 5 months post vaccination. And in the group of patients who are over age 60 year old and more than 5 months since vaccination, a breakthrough infection is associated with a 8.6% incidence of hospitalization and a 2% incidence of death.

The good news is that all the data so far have found that the vaccines, at least in the short term, prevent severe infections and deaths. But “severe” infections are often interpreted as hospitalized. Since COVID-19 patients are often not admitted unless critically ill, those with mild or moderate cases are often treated at home but still have a significant illness, which many would consider severe. Of additional concern are the reports that long COVID is occurring in patients with breakthrough infections.

Detractors will be quick to say that the initial reports from Public Health England and also from Canada look very good with high vaccine effectiveness of 88% and 87%, respectively, in preventing symptomatic infections from the delta Variant. However, Canada had a four-month gap between the first and second vaccine dose, the United Kingdom had up to a 3 month gap. Because of the extended time between dosages, the time patients were followed since full vaccination would not have been expected to detect waning efficacy.

The Mayo Clinic reported better results from the Moderna vaccine which had a 76% effectiveness in preventing delta variant infections. This is to be expected because the Moderna vaccine contains over 3 times the amount of the mRNA as the Pfizer vaccine. The Johnson and Johnson vaccine is suspected that it may have a lower efficacy, but because it is enclosed in a modified viral capsule and elicits a strong immune response after just one dose, it may not have had significant degradation in efficacy. It is just not known.

The Times of Israel reports that the government has limited outdoor events to 100 individuals, indoor events to 50, instituted a vaccine/testing passport system (green pass) and extended it to children 3 years of age and older. Masks are also required in all indoor spaces. On August 10, 2021, Israel’s coronavirus tsar, Salman Zarka, warned that Israel was at “a critical point for our health, for our lives and for our economy.” At that time the test positivity rate in Israel was under 5%. Currently, the US test positivity rate is over 10% and we appear to be oblivious to the danger among us.

But have no misconceptions about the dangers of infectious pathogens.In the Middle Ages a pandemic wiped out 50% of the world’s population.Presently we have a much higher population density, making us a feeding buffet for infectious disease.A large portion of the population has not embraced modern science, making vaccines ineffective in stopping viral spread in the community and stopping viral mutations. If we do not follow the recommendations of modern science and public health, we are no better off than if we were living in the Middle Ages.We should expect no different results.The solution, if you have not already done so, get vaccinated.If you are vaccinated and are at risk of immunity waning, get a booster as soon as they are available. 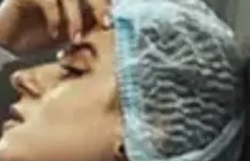 Infection Preventionists Can Only Lend a Shoulder to Overworked Nurses