Hospital employees performed hand hygiene under the gaze of infection preventionists, and the study data were gathered during the COVID-19 pandemic.

The purpose of studies is to prove hypotheses or to disprove them or—and this is usually the case—move the subject matter into that bulging folder marked “more studies are needed.” Often studies include some context—and context can be crucial, as was the case of a recent study conducted by investigators at the Department of Hospital Hygiene, Klinikum Stuttgart, Germany. They compared viral loads of health care workers after they disinfected their hands to the viral loads found on nonsterile gloves when a health care worker pulled those gloves out of a box and put them on. There was no difference.

But here’s the context.

Health care workers performed hand hygiene under the gaze of an infection preventionist (IP)—or, in many instances, the IP was a participant—and the study data were gathered during the COVID-19 pandemic, when hand hygiene was very much on the minds of not only health care workers but everybody else in the world.

“HCWs were requested to sanitize their hands with alcoholic hand rub containing 75% isopropyl alcohol, like they would do during routine practice,” the study states. “No prior instruction or training was performed. The fingertips of dominant hand of the HCW were then pressed for 3-5 seconds on Blood and MacConkey agar plates.”

“The median CFU [colony forming units] per plate was the same for NSG (median 1, interquartile range [IQR] 2) and hands after HH (median 1, IQR 5),” the study states. “A Mann–Whitney U test indicated no statistically significant difference between groups, U=9267, z = -0.965, p-value = 0.33. No growth of microbes was detected in 88 samples (47.6%) from NSG and in 52 samples (48.6%) from hands. In one sample from NSG there was growth of Enterobacteriaceae, one showed Acinetobacter lwoffi and eight samples grew mold.”

Investigators admit that they did not find what they were seeking.

“With our study, we are ultimately not answering the question whether the comparable microbial counts between hands after HH and NSG translate to a similar nosocomial infection rate,” the study states. “A limitation of our study is that we only looked on contamination of NSG in comparison to hands after HH, but not the rate of cross-contamination or nosocomial infections. Microbial loads on NSG are similar, but if they lead to a lower compliance with HH, they even might be detrimental.” 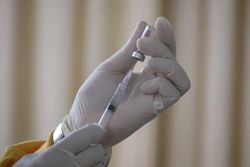 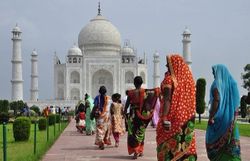