On High Alert: How Infection Prevention Changes in Outbreak and Exposure Situations

To say infection prevention is singular in focus would be a painfully inaccurate statement. Infection prevention and control (IPC) encompasses everything from disease surveillance (for both healthcare-associated infection but also communicable diseases), risk assessments related to construction within the healthcare facility, education, policy revision, device rounding, and more. Too often, though, we forget that IPC efforts by the IPs are heavily impacted in the face of outbreaks and exposures. Outbreaks in healthcare facilities, like those of drug-resistant organisms or respiratory viruses, can be devastating to patients and staff alike. In the face of exposures, like measles or tuberculosis, there is often little time to notify those exposed and ensure secondary cases do not occur. In either case, the daily work for IPs drastically changes to accommodate these emergency situations.

As we head into flu and respiratory virus seasons, hospitals work to ensure staff are vaccinated and well-supplied with the necessary personal protective equipment (PPE). There have been several outbreaks over the years that have not only reinforced the importance of IPC programs and the IPs, but have also emphasized that hospitals can easily act as amplifiers for disease. To better understand how these 2 intersect, let’s discuss several outbreaks that have occurred within healthcare settings.

Neonatal intensive care units (NICUs) are one of the most high-risk hospital units, as the patients are extremely vulnerable to disease and respiratory infections can be deadly. Unfortunately, respiratory viruses, like influenza and respiratory syncytial virus (RSV) can easily be transmitted through NICUs. Outbreaks, sadly, are more common than we’d like to admit and the seriousness of the situation is not lost on IPs. Often, exposure to RSV comes from family, staff, or the design of NICUs (commonly in a pinwheel formation), meaning that transmission from baby to baby is much easier.

From the IP perspective, here’s how it usually happens: A first infant is tested and found to have RSV and then, regardless of the case being community-onset or healthcare-associated, the infant is placed in isolation and great care is taken to ensure there is no cross-contamination during care. Moreover, all children who were paired with that infant (ie, under the same nursing assignment and, thus, more likely to be exposed) are cohorted and monitored for signs/symptoms, with a nurse or team of nurses assigned only to them in order to reduce the chance of transmission beyond this cohort. Symptomatic infants and those exposed are monitored for 2 incubation periods to ensure transmission has truly halted. IPs work with NICU staff and visitors to discuss what this means, explain the time frame for monitoring, and emphasize the need for enhanced vigilance in hand hygiene and respiratory etiquette. Often, visitor restrictions are enacted (children under 12 years of age) and other enhanced infection prevention measures are utilized to help reduce transmission.

Multidrug-resistant organisms are another adversary that IPs have to face frequently. Even the most prestigious hospitals, like the US National Institutes of Health Clinical Center, have faced challenges in outbreaks of resistant microbes. In 2011, the facility faced an outbreak of carbapenem-resistant Klebsiella pneumoniae that infected 18 patients, 11 of whom died as a result of the resistant infection. Ultimately, what they found was 3 transmissions from a single patient who was discharged 3 weeks prior to any of the new cases. The patient had a known history of colonization with the resistant pathogen and enhanced contact isolation precautions were deployed, but cases began to spring up 3 weeks after the patient’s discharge.

In response, infection prevention efforts were enacted, including strict cohorting of colonized patients that minimized the sharing of patient equipment, care providers, and surveillance cultures. Moreover, monitoring compliance to isolation precautions was utilized, which required considerable IP efforts. Although the out- break did eventually halt after 2 months, it was a stark reminder of the ease at which resistant organisms can spread.

A last example of the IP changes in the face of an outbreak is one that many of us would rather forget-the 2014 Dallas Ebola cluster. Without reiterating too many details most of us lived out in real-time, this outbreak was especially poignant in that it revealed 3 key aspects of infection prevention and outbreak response in healthcare. First, hospitals in the United States were not prepared for a large outbreak, let alone one involving a viral hemorrhagic fever. Second, infection prevention practices for Ebola were constantly evolving during this time, meaning that education and PPE purchasing was in a continuous state of change. Third, the lack of infection prevention preparedness and a poor response led to the 2 nosocomial cases that resulted in a lawsuit.

The Dallas Ebola cases were not only significant for the particular Texas hospital, but for every single healthcare facility across the United States. A majority of Ebola preparedness efforts fell upon IPs, consuming roughly 80% of their time.

Outbreaks of emerging infectious diseases that we do not commonly see in the United States require response efforts that must consider a whole new realm of potential avenues of transmission due to the advanced medical capabilities we have. This cluster of Ebola virus disease in Dallas was a huge lesson for US healthcare and biodefense, but also highlighted the role of IPC.

In addition to responding to outbreaks, infection preventionists have to be able to stop their daily efforts and help guide communicable disease exposures when they inevitably occur in healthcare settings. With 36 million hospital admissions per year in the United States and roughly 18 million healthcare workers exposures, it’s not surprising that exposures would be a

frequent source of frustration for IPs. A recent survey found that these exposures are time-consuming not only for IPs, but also nurses. Infection preventionists reported the most time-consuming outbreaks/exposures resulted from mumps/measles, tuberculosis, gastrointestinal viruses, and multidrug-resistant organisms. For an exposure to Clostridioides difficile, lice or scabies, and influenza, there was a more than 60-minute workload increase for nurses. From a cost perspective, these exposures can be quite impactful on the healthcare facility.

One such example would be hospital exposures related to measles. Since we have seen a growing number of cases and outbreaks in recent years, the threat of measles exposures following an infectious patient presenting in an emergency room or hospital is considerably higher. When exposures occur, infection preventionists must often perform chart reviews, compile lists of exposed contacts, establish preventive measures for future exposures, and also round on the units and notify staff/visitors. This becomes even more burdensome and laborious when it involves an airborne organism like measles or tuberculosis, as the list becomes inherently longer. Similar to outbreak situations, the IP must identify and work closely with staff to establish which patients were exposed and the potential incubation period that requires close observation and isolation.

These examples have been limited to the infectious patient or healthcare worker, but IPs have also had to respond to situations involving contaminated medical devices. An outbreak of carbapenem-resistant Enterobacteriaceae (CRE) within the University of California, Los Angeles (UCLA) Medical Center is a prime example of how such outbreaks and exposures impact the IP workload and scope of practice. This particular outbreak of CRE was related to use of duodenoscopes that were later found to have a flawed design that led to a higher risk of contamination and disease transmission. This exposure is a particularly unique example of how IPs are expected not only to have a wide scope of practice, but also to work with various deparments and public health agencies to coordinate exposure lists and notifications. Whether it be a communicable disease like measles or pertussis, or a multidrug-resistant organism, infection preventionists carry a significant burden when it comes to exposures involving patients and healthcare workers.

In the face of a growing Ebola virus disease outbreak in the Democratic Republic of the Congo and the ongoing threat of multidrug-resistant organisms on the home front, infection preventionists are constantly in a state of preparedness, ready to respond to outbreaks and exposures. In many ways, we are running from fire to fire hoping to put one out before the next begins. The spectrum of infection prevention work is not just limited to preventing healthcare-associated infection in patients, but also involves ensuring staff and visitors are safe from communicable disease while in the healthcare facility. Exposures and outbreaks alike test the very boundary of infection prevention and require IPs to be stead- fast, efficient, and effective in their practice. 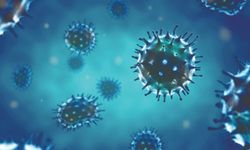 December 2019 Bug of the Month